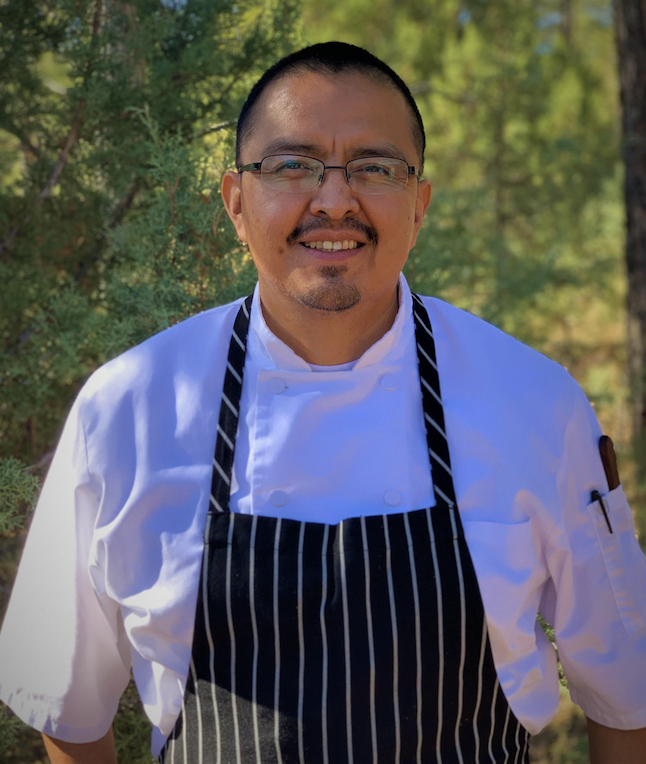 Chef Nephi Craig has 24 years culinary experience in America and around the world. Chef Craig worked at The Country Club at DC Ranch and Mary Elaine’s at the Phoenician, among many other renowned restaurants and hotels. Nephi Craig is an enrolled member of the White Mountain Apache Tribe and is half Navajo.

Chef Craig is the founder of the Native American Culinary Association or NACA, an organization/network that is dedicated to the research, refinement, and development of Native American Cuisine. NACA Chef and Founder Nephi Craig provides training, workshops and lecture sessions on Native American Cuisine to schools, restaurants and tribal entities from across America and abroad. An early highlight of his work with NACA is when Nephi was able to help prepare a Native American themed menu for the renowned James Beard Foundation at the James Beard House in New York City.

Chef Craig has been recognized in numerous publications such as the Huffington Post, Newsweek Magazine, the Forbes Magazine A-List for Native American Cuisine at Sunrise Park Resort and Food and Wine Magazine in the August 2014 ‘Best of Summer’ issue and in 2015 in Art Culinaire Magazine and Plate Magazine to name a few. Craig was featured in the James Beard Award winning film ‘Gather’, which is on Netflix.

Chef Craig served as Executive Chef of the Sunrise Park Resort Hotel. During Chef Craig’s nine-year tenure at Sunrise Park resort, Craig and his White Mountain Apache culinary team achieved many national and international benchmarks in establishing a culinary culture of Indigenous Foods and practitioners across the Americas.

Chef Nephi Craig lives with his daughter and two sons in their ancestral landscape, the White Mountain Apache Tribe in northeastern Arizona.