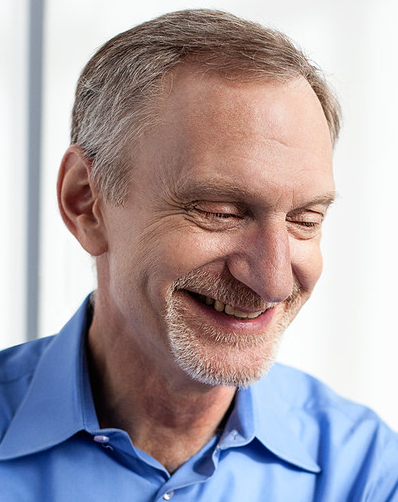 Dr. Robert Waldinger is Professor of Psychiatry at Harvard Medical School, Director of the MGH Center for Psychodynamic Therapy, and Director of the Harvard Study of Adult Development, one of the longest longitudinal studies of adult life ever done. His research focuses on the lifetime predictors of healthy adult development, studying 2 groups of men recruited as teenagers from Harvard College and from Boston inner-city neighborhoods, and who have been part of the Study for more than 80 years.  His 2015 TED talk about the Study has been viewed by more than 30 million people and is one of the 10 most viewed TED talks of all time.

With grants from the National Institutes of Health and private foundations, he has extended the Study to incorporate neuroscience measures to better understand the ways that life experience and neurobiology interact to foster healthy aging. Funded by the National Institute on Aging, he is now studying more than 1300 of the baby-boomer children of these men to track the influence of childhood experiences on midlife health. Using parents’ eyewitness reports of their family lives, the 2nd-generation study examines connections between childhood social and economic adversity and midlife health decline.

Dr. Waldinger received his undergraduate degree from Harvard College and his MD from Harvard Medical School.   He is the author of numerous scientific papers as well as two books.  He is a practicing psychiatrist and psychoanalyst, and he teaches Harvard medical students and psychiatry residents. He is the founder and co-director of the MGH/McLean Program in Psychodynamics, a program that offers psychiatry residents in-depth teaching in the theory and practice of psychodynamic psychiatry. He has won awards for teaching and research from the American Psychiatric Association, Harvard Medical School, Massachusetts Psychiatric Society, and several Harvard teaching hospitals.

Dr. Waldinger practices Zen meditation.  He is affiliated with Boundless Way Zen, where he is a transmitted teacher (sensei).  In this capacity he leads weekly meditation groups in Newton, MA (www.newtonzen.org).

WHAT MATTERS IN THE END – COMING SOON