The Sun Does Shine for Young Readers

Anthony Ray Hinton spent 30 years on Death Row as an innocent man—he was released in 2015 thanks to the tireless work of his attorney, Bryan Stevenson. I met Ray (as his friends call him) in 2016 when I began working with him as his collaborative writer for The Sun Does Shine, which became a New York Times Bestseller, reached #1 on Amazon, and was a 2018 Oprah Book Club pick. Ray has become a big part of our IA family, and is someone I personally admire, love, respect, and never stop learning from. 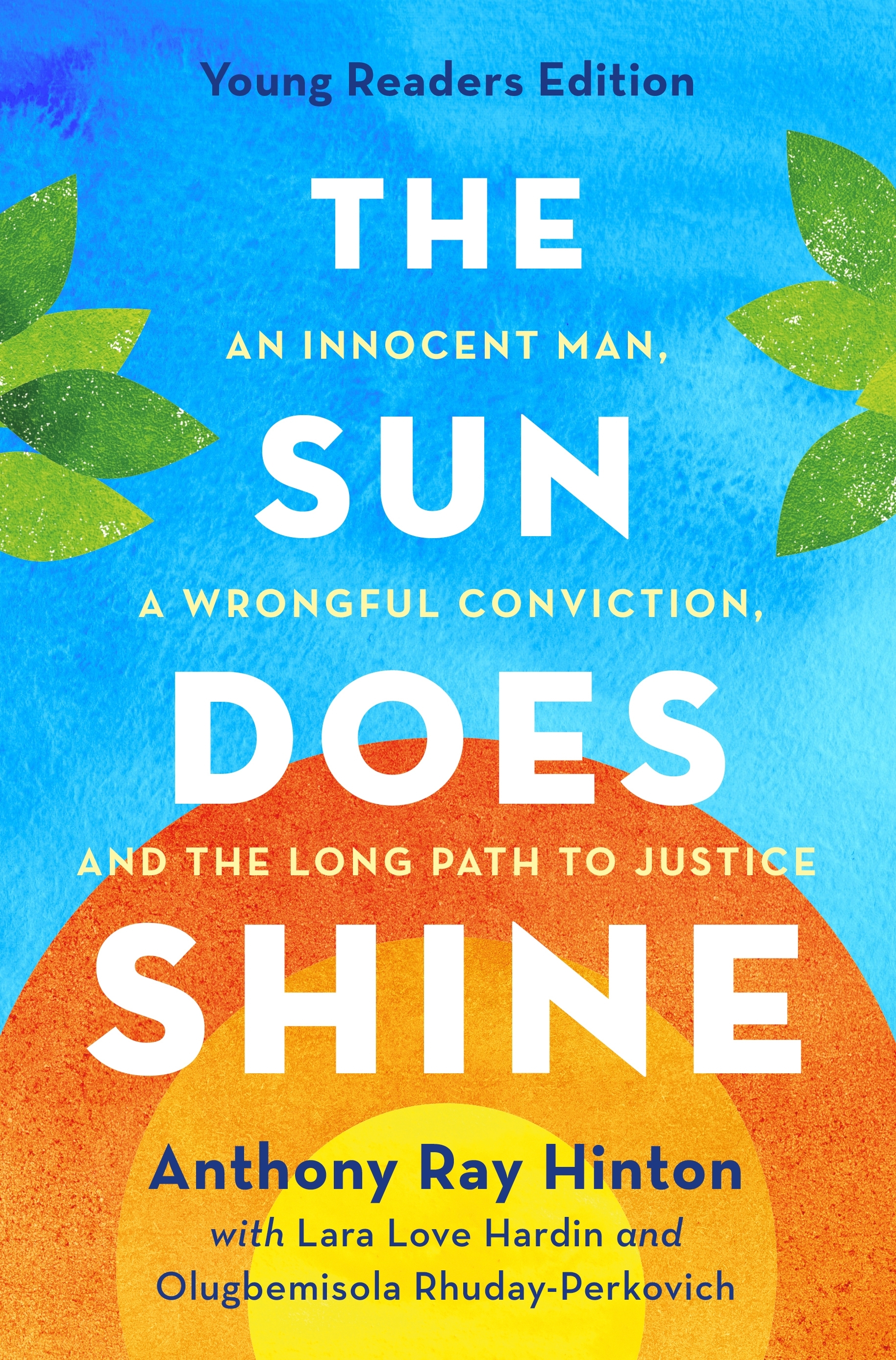 When Kat Brzozowski of Feiwel & Friends at Macmillan approached us about adapting the book for middle grade readers I instantly thought of the time I went with Ray to a local high school in Santa Cruz, California. Not only had the Black Student Union been reading the book ahead  of their trip to Montgomery, Alabama and a visit to the Legacy Museum, but the Assistant Principal had also read the book in his personal book club.

Most high schoolers aren’t that fond of school-wide assemblies and approach them the same way most of us approach a dental visit—we know we have to do it but we just want it to be over with as quickly as possible! Ray is one of the most amazing speakers I have ever heard, but even I was unsure if he could hold the attention of an entire high school. Well, he could and he did. Sitting to Ray’s left, I had a view of the entire high school as Ray shared his story. After only a few minutes, the gymnasium became absolutely silent. And then one-by-one I saw kids hide their faces in their sweatshirts so no one would see them crying. Eventually no one hid their faces, and as Ray spoke they were transfixed by a world and an experience far different from their own.

Ray isn’t much on following time limits when he speaks, he shares from the heart and sometimes his heart has a lot to share. After about an hour, I saw the principal talking into his walkie talkie and then I watched him turn it off. He had canceled the bell schedule for the rest of the day. Math didn’t matter. P.E. didn’t matter. What mattered was this profoundly moving story of our justice system’s inhumanity, and one man’s profound humanity in the midst of it. After Ray was done (we all lost track of time), every single high school student stood in a line to talk to him, hug him, and cry with him. His talk both transfixed and transformed the school. 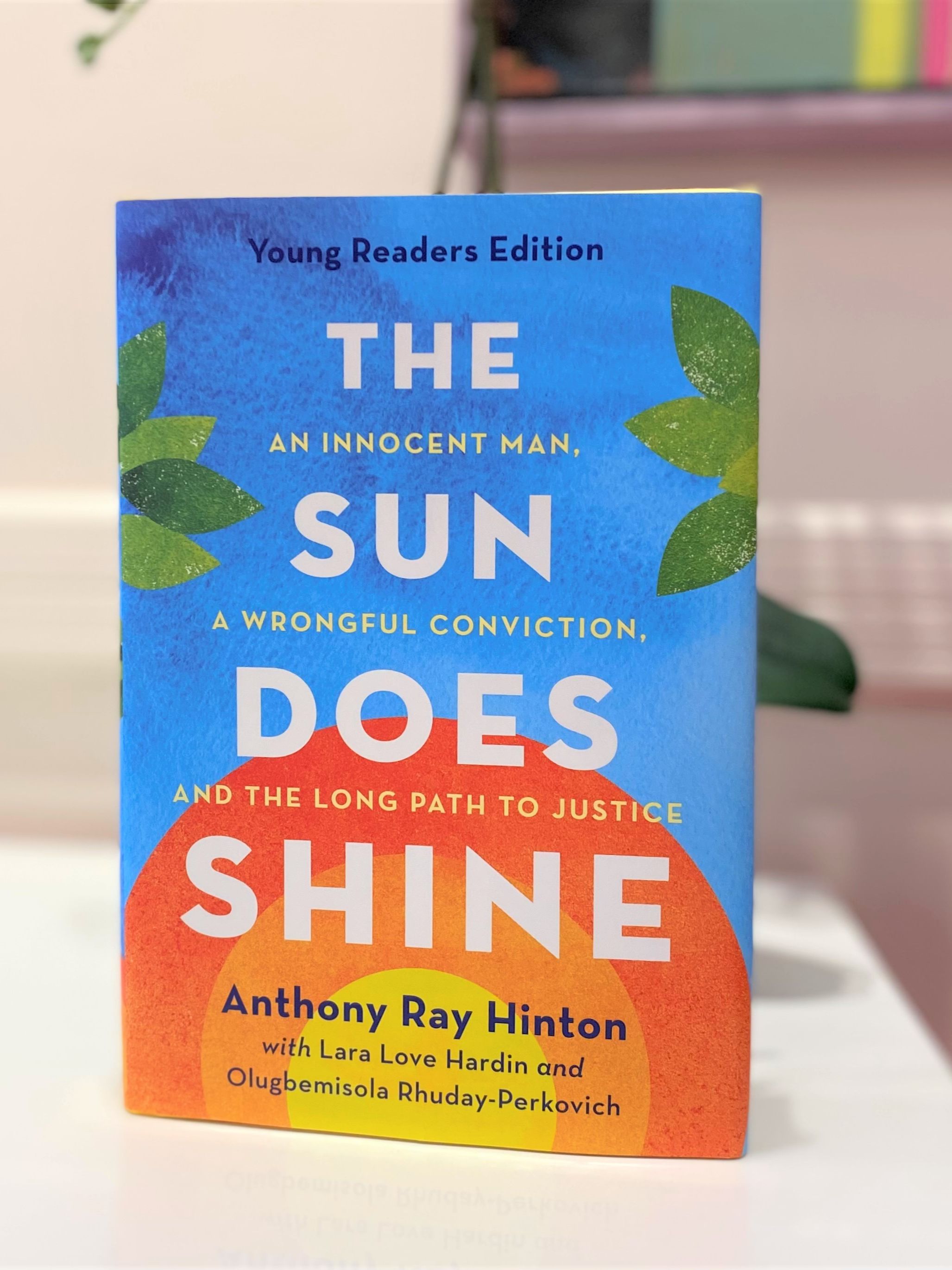 So agreeing to adapt the book was instantaneous and bringing on the brilliant Olugbemisola Rhuday-Perkovich, who writes for a young adult audience, to create the adaptation has resulted in a book that will both educate and entertain. Ray knows that the only way for our justice system to truly change is for young people to demand that change.

Ray’s story is both timely and timeless, but that day I learned it was also ageless, and it shows all of us that you can take away a man’s freedom, but you can’t take away his imagination, humor, or joy.

Today the Young Reader’s Edition of The Sun Does Shine is available anywhere you buy books.

Now, with critical race theory being challenged on a national scale, it’s more crucial than ever for books like The Sun Does Shine to teach kids about the systems in which we all work and live. These systems have racial bias baked in, as with the over-policing of schools, where Black students are twice as likely to be arrested or referred to law enforcement as white students, and routinely receive harsher punishments for the same or similar offenses.

We are so honored to help bring this story to young readers, and we feel strongly that the young reader’s edition will be just as, if not more, impactful than the original.

As our friends, we wanted to offer you this exclusive audiobook excerpt of the book before it comes out, and we hope you’ll tell your children, schools, or fellow parents about this book to help get its message as far as possible, and make the world a more just and equitable place.